Visiting our facilities?
Traffic updates in central London can be found here. Please check your route and allow extra time before coming to our facilities.
View our guidelines
Learn about our COVID-19 safety measures 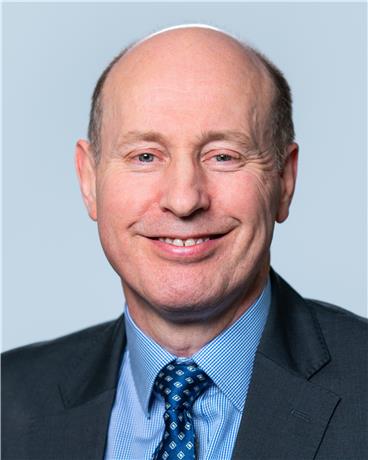 Mr Simon Atkinson is a consultant pancreaticobiliary surgeon and general surgeon at Guys' & St Thomas NHS Hospitals and Kings College NHS Hospital, London. Mr Atkinson qualified from the Royal London Medical College in 1987 followed by higher surgical training in general, pancreaticobiliary and upper gastrointestinal surgery in London and South East England. He then worked as a Senior Surgical Fellow in Perth, Western Australia. Mr Atkinson's higher surgical degree (MS) was awarded in 1997 for research work in critical illness in the surgical patient. He was appointed to Guy's and St Thomas' Hospitals as a consultant surgeon in 2000 and, additionally, to King's College Hospital in 2005. From 2008 to 2011 he was Clinical Lead for Gastrointestinal surgery at Guy's & St Thomas' and, afterwards, Clinical Lead for HPB surgery at King's College Hospital from 2011 to 2013. Mr Atkinson is currently Head of Governance and Patient Safety for Gastrointestinal Surgery at Guy's and St Thomas' and is lead clinician for tertiary referrals for gallstone surgery. His interests outside of surgery include evolutionary linguistics and squash.